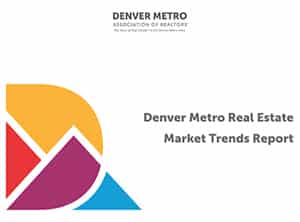 “Many of us wondered if 2018 was the last hurrah in the phenomenal Seller’s Market Denver Metro has been experiencing since the recovery fueled by major population growth and stifled development starting in 2013. Since our recovery from the recession, prices have more than doubled in Metro Denver since the bottom of the market in 2008-2012. With such a prolonged Seller’s Market we’ve all been wondering when it will end. Based off initial numbers coming in as our market goes through its traditional pick up in February, it’s not looking like it will be this year – at least for the detached market.

While it’s true that we have more inventory available in 2019, prices are determined not only by supply but also demand. If inventory rises, and demand follows behind it then prices continue to rise. Prices are determined by the relationship between supply and demand, and not by just one side or the other. Here are the highlights:

The headlines may capture attention but they are out of sync with the data.

And that concludes this month’s Denver Real estate market update

Visit www.ThePeak.com from your mobile phone and click the button below to search the MLS for homes with the best mobile user experience: fast, accurate, and easy to use.
Download App
Or, text 'scottrodgers' to 720-726-1625 and I'll send you the link to download the mobile app.