You are here: Home / Littleton / Learn About Littleton, Colorado and Homes in the Littleton Area

If you’re planning on moving to Colorado, you’ll get a head start if you know some things about its various areas. One area of particular interest is Littleton, which spans three counties: Arapahoe, Douglas, and Jefferson. Here is an overview of what awaits if you buy one of the many Littleton homes that are currently available:

Littleton’s name may seem to imply a literal “little town,” but area-wise, its anything but little. Instead, it covers a vast swath of land that includes several unincorporated communities as well as the city itself. A full eleven ZIP codes are used to designate it and its associated places, and two of its three counties provide schools for elementary and secondary education. Despite all of the area that is designated as “Littleton,” however, there are only 71,737 residents as of the 2010 census.

It turns out that Littleton’s name does indeed mean “little town,” but it was never a size reference. Instead, it gets its name from one Richard Sullivan Little, who came out west from New Hampshire. He was an engineer and came to work on the area’s irrigation systems. Instead of leaving when the gig ended, he decided to settle and brought his wife out to be with him. At this time, the town was attracting prospectors as part of the Pike’s Peak Gold Rush, and several merchants and farmers had also arrived. Little and several others bought the Rough and Ready Flour Mill in 1867, and this provided the community with its first stable and sizable employer.

Over the years, the community continued to grow, and thanks to the flour mill, there was a way for people to make money even if they weren’t successful at finding gold. In 1890, there were 245 residents, and they decided to go ahead and incorporate into what was then the Town of Littleton in recognition of Richard Little’s positive impact.

Where in Colorado is Littleton?

The city is nine miles south of Denver and 55 miles north of Colorado Springs. This makes it convenient to plenty of shopping, entertainment options, and other benefits of urban life, but keeps the rushed feeling of large cities far enough away to not be a bother.

What Land Features Can You Expect?

Littleton homes may be right next to the South Platte River, which lies on one side of the city, but there is plenty of other space available. Multiple lakes provide opportunities for sport and other recreation. Man-made reservoirs are also present.

How Urban Does Littleton Feel?

Despite being a city, it doesn’t have the urban feel of a metropolis that has millions of residents. Main Street is a tree-lined two lane road with parking on each side, and businesses line it in small-town fashion. This makes it a great oasis from the much larger city of Denver, which is just nine miles away. Such a location is very convenient for all sorts of shopping, ranging from the small storefronts of its own downtown to the huge stores in the larger city.

Winter-lovers will enjoy Littleton’s average winter highs in the 40s and lows in the mid to high teens, while those who love summer will find that season’s highs in the 80s and lows in the 50s. As this shows, nighttime temperatures are far more stable over the course of a year than the daytime ones. That said, this area is capable of extremes on either end, with record highs of 99 and record lows of -29 on the books. Average precipitation, including of snow, is fairly low with most months registering under 2″. Therefore, ski buffs should look forward to traveling to the mountains to find those big, fluffy, mounds of white stuff.

Littleton isn’t home to any major state universities, but it’s not completely bereft of higher educational opportunities. Arapahoe Community College and Denver Seminary are both there, allowing those who live in Littleton homes easy access to two very different types of educational experiences.

The median price for Littleton homes is $379,000 according to Zillow, but that doesn’t mean that you are limited to this price level. As in any market, there are outliers on both ends of the spectrum. Cost here is not always commensurate with size, and some ranch homes cost more than larger, two-story ones. It’s all about the neighborhood, its characteristics, and any amenities that may be offered.

Two-story homes are popular here, but they aren’t ubiquitous, either. You will find that most homes for sale are fairly large and in good shape, making it highly likely that you’ll be pleased with your move.

Looking at basic stats such as the number of bedrooms and bathrooms can mislead those new to the area. This is because a large manor house approaching $2,000,000 may have “only” four bedrooms and two baths, but be laid out so that each of those rooms are huge. It’s better to check for total square footage and the amount of land that comes with the package. Also be on the lookout for features like creeks, lakes, and man-made upgrades to the yard. All of these can increase property values, but they’re also very enjoyable amenities.

What is the Best Way to Find Homes in and Around Littleton?

Working with a real estate agent is the most convenient way to find a home in Littleton or anywhere else. Agents like me know our areas well and can most easily match your desires with the right neighborhoods and available offerings. Realtors can also help you through the negotiation process, ensure that all contractual requirements are in place, and generally help things go smoothly. They can also show you multiple houses so that you don’t feel limited to just one or two options. You can choose to limit your search to Littleton or include other areas in your agent’s area to make sure you don’t miss out on any nearby gems.

To get started on finding your own Littleton home, just contact me. I’ll be glad to set up a consultation to find out your wants and needs. Then, I’ll get to work finding the homes that will best provide everything you’re looking for. I can even help you find a mortgage provider that will work within your financial requirements so when you find the perfect home, you can get started on the purchase immediately. Call me today. 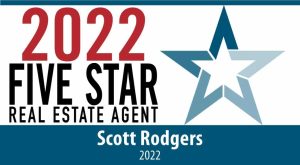